A Typology of Violence

“An unjust law is itself a species of violence. Arrest for its breach is more so.” — Gandhi

During college, I hung out a lot with the activist types and other students who were definitely more socially engaged than myself. I read lots of books, though never really in the subject I was meant to be studying. I was more interested in reading about social justice issues, history (that you don’t learn in school), Eastern philosophy, and stuff like that.

There was often a lot of discussion about structural violence and cultural violence in the circles I frequented, though I never really understood the concepts. And if I’m being real, few of those I hung around with likely had a solid grasp of the concepts.

It wasn’t until some years later, when I pursued a Masters in the field of Peace and Conflict Studies where I learned a bit more about these terms and where they came from. Even then, what I got was a more academic take on the terms, and it took me some years to recognize them readily and everywhere, beyond just the few examples I studied.

The problem I find is that these concepts are often too academic for most people to grasp. Even those studying them in academic settings may rarely apply them in practical settings. I think that’s why it never really ‘clicked’ for me when I was in college or even in my post-grad. But for those idealists and dreamers out there like me, the ability to understand and recognize concrete examples of these can profoundly influence your ability to create any form of change in the world around you, whether as an individual or as part of a group.

Do a google search on the term ‘structural violence.’ You’ll find a lot of academic articles, but there’s not much out there that is publicly available. And if you seek to find a decent framework to help you understand the various forms of violence and recognize examples of them, good luck.

Now don’t get me wrong. The types of interpersonal violence they include are harmful, and we should be addressing them. But if our understanding of violence is only limited to these types of violence, then we are only scratching the surface. And this neglect in itself is incredibly harmful. As you’ll see, we may even recognize this as a form of violence in itself.

If I may quote the Dalai Lama,

“Of course war and the large military establishments are the greatest source of violence in the world. Whether their purpose is defensive or offensive, these vast, powerful organizations exist solely to kill human beings.”

Gandhi saw it too…

“Poverty is the worst form of violence.”

I figure, no typology of violence is complete if we aren’t considering a broad range of forces that produce systemic violence, war, and things like poverty. Certainly, these do not occur in a vacuum. They are a product of the structures that form our society and the cultural forces that uphold them. If they produce violence, they are a form of violence.

So since there’s very little out there that properly maps the full scope of violence to my liking, and after years of rolling these concepts over in my head, looking out for examples of them, I figured I’d take a crack at it. After all, it is those types of violence we don’t see which cause the most widespread suffering. Shedding a little light on it I hope will contribute to others finding ways to alleviate some of this suffering, if only a little.

A Typology of Violence

These types of violence were first laid out by peace studies scholar Johan Galtung, back in 1969 when he elaborated on the concept of structural violence (see HERE), and followed up in 1990 with an expose on cultural violence (see HERE). These were and are to this day discussed predominantly in academic circles. I do think there is a lot of additional academic literature on these too, but most of it I (and most people) don’t have access to anyhow as you need to pay for it or have a membership to specific academic journals/databases.

So I’ve gone my own way here and produced more practical explanations that I hope will be more widely understood to anyone outside academia (i.e., most of us normal humans). I’ve compiled these explanations, and a subsequent visual typology by joining what I learned from the old academic stuff with observations from my lived experience.

Another reason for the typology is that, for nearly every explanation of these terms I see, when they cite examples, it’s always the effects of structural and cultural violence. They’ll talk about poverty, or some groups suffering (and dying) from diseases at disproportionately higher rates than others, or how police violence affects some communities more than others, etc. But in the end, these are effects of cultural and structural violence, not the cultural and structural forces themselves. So with the typology, I hope to help you recognize these.

Direct violence needs little introduction. We get it. It is what comes to mind first when we think of violence. It is easy to identify and, therefore, what we tend to focus on when we talk about addressing violence. Existing frameworks tend to focus on what you see in the ‘interpersonal’ box, perhaps including the ‘personal’ box, but seldom cover the scope of what you see in the third box.

People will mobilize to stop gender-based violence, end a war, or something like that. But the problem is that we’re only scratching the surface here. It’s the tip of an enormous and grotesque iceberg of violence. It is the other forms of violence that produce widespread direct violence.

Check out my typology of direct violence below. You’ll get the idea. And I hope it is a good frame of reference for when we get to the other types of violence, as they are all connected.

So here’s where we dig deeper on violence. I’ll start with Galtung because he’s the man on this. He invented it, so let’s see what he’s got to say. Here are a few quotes plucked from his 1969 academic article on structural violence:

Structural violence can be characterized by the systematic ways in which some groups are obstructed in their ability to access opportunities, healthcare, education services, housing, information, transportation, or other goods and services. While it manifests in unique ways depending on the context, structural violence results in the uneven distribution of wealth, power, and access to resources.

Check out my typology of structural violence below:

Cultural violence is even less commonly understood than the term structural violence, so I’ll elaborate a bit more.

And we should start again with Galtung as he’s the man who invented these terms. In his 1990 academic article, Galtung describes cultural violence in the following ways:

Political leaders, religious leaders, corporations, media entities, or other elite interests generating profit or otherwise benefiting from direct and structural violence use cultural violence to protect their interests. They leverage their influence, employing numerous strategies to diminish, block, or render invisible the humanity of persons or groups suffering from the effects of these.

They may employ creative methods to distract public attention, spread misinformation, promulgate discriminatory perceptions of marginalized groups, or blame victims of direct and structural violence for their fate. They may adapt language, utilize a diversity of media outlets, lobby political leaders, or influence educational content to craft public perceptions. They may use persons of authority to present rational arguments to support their usage of violence, rationalize inequality, or denounce those acting against their interests. In some cases, they employ ‘experts’ or ‘academics’ to generate (often unsound) research studies or scientific data in support of their interests.

Like structural violence, there is not one clear victim or perpetrator. Effects of cultural violence are produced by a number of cultural forces acting in tandem. But it is often easy to identify those who employ cultural violence. In the United States, for example, something like Fox News can be observed as a mouthpiece of cultural violence, a lobby group like the National Rifle Association (NRA) constructs narratives supporting broad-ranging militarization, and numerous conservative political leaders past and present use their platforms to echo these narratives. Every major country has some equivalent of these.

Some forms of cultural violence can be hard to detect, particularly in our own contexts, and especially for those who don’t experience the effects of structural violence. But the consequences of it are very real and very harmful. Common beliefs and social norms informed by cultural violence can become so entrenched in a given culture that they are reproduced uncritically across generations. Cultural violence is also visible in a number of elements of culture like monuments, holidays, language, etc.

Check out my typology of cultural violence below: I’ll be writing stories and examples of structural and cultural violence in future posts. Follow my Medium page to stay connected.

Also, I’ve put this typology into a free downloadable handout (in PDF). Click here to download my Typology of Violence.

Why Your Local Police Department is Armed to the Teeth 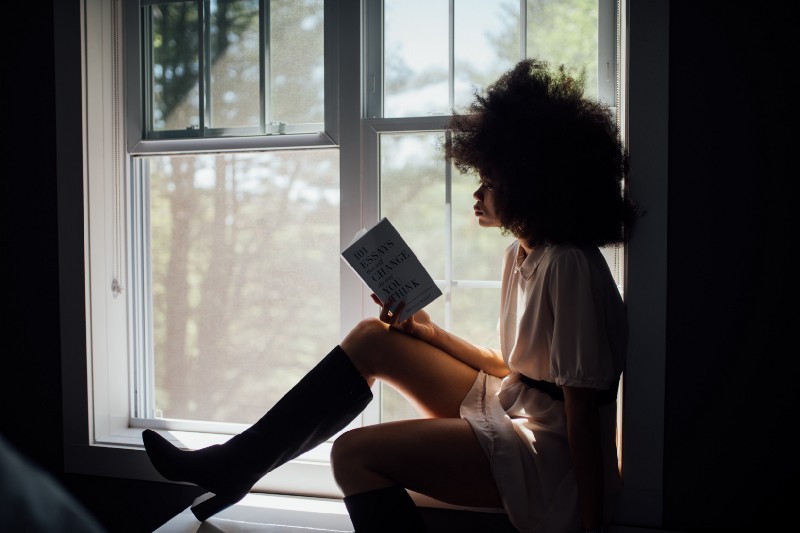 87 Quotes on Peace to Inspire You 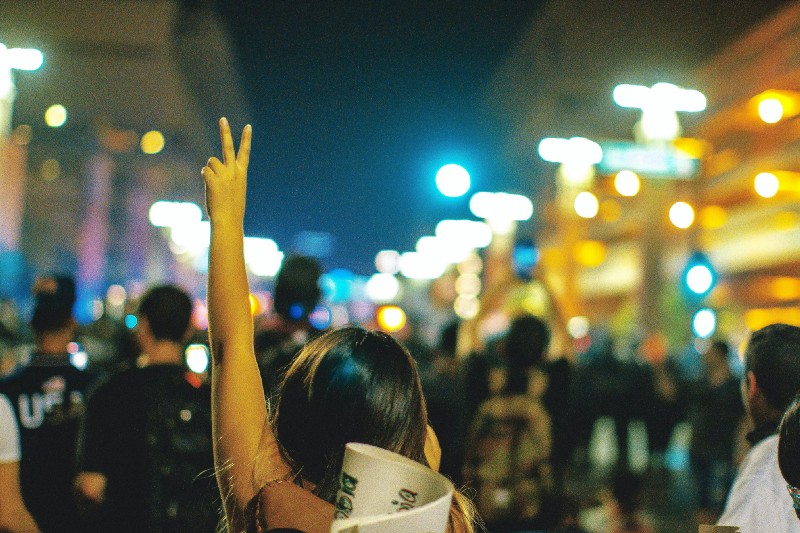 5 Quotes That Will Change How You Think About Peace 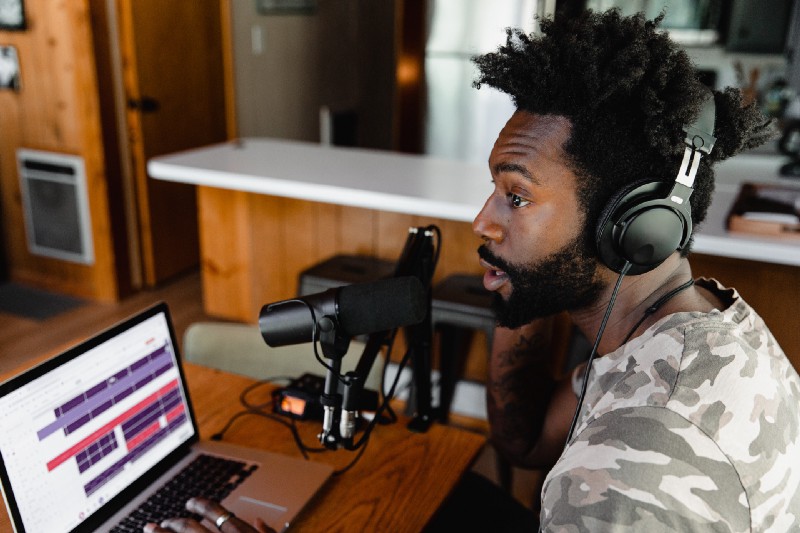