The 2020 Republican National Convention last week was painful. It was hard to watch the racist filth and lies spewing forth speaker after speaker, all the while witnessing the violence produced by Trumpian rhetoric play out in the streets of America.

It got me reflecting on the nature of violence, particularly state violence. I feel like… that to dismantle the systems the Trump administration has set in place to create chaos and with it the narratives that justify his war on the American people, we need to take a close look into the nature of state violence itself.

And what better way to do that than with quotes. So I scoured my quote database and pulled some nuggets together that I hope will help those of you out there working to dismantle systems and policies that produce state violence and to deconstruct surrounding narratives that justify it. These were inspired by the American context, but are relevant to any context struggling against authoritarian leaders and the state violence they employ to hold onto power and enrich themselves.

Quote 1: “A government is an institution that holds a monopoly on the legitimate use of violence.” — Max Weber

This one is just a foundational sociological principle here. We must recognize that state violence is widely accepted as legitimate, while the default public perception of violence perpetrated by non-state individuals or groups for whatever purpose is that it is not legitimate. The challenge then comes when governments employ state violence (by police, military, security forces, etc.) for unjust purposes. The task of awakening the public to the illegitimacy of this violence is by nature an uphill battle.

Quote 2: “To destroy governmental violence, only one thing is needed: It is that people should understand that the feeling of patriotism, which alone supports that instrument of violence, is a rude, harmful, disgraceful, and bad feeling, and, above all, is immoral.” — Leo Tolstoy

Patriotism is the mask that state violence wears when employed for unjust purposes or when any measure of brutality or abuse is meted out. To expose state violence it is necessary to dismantle the ideology of patriotism.

Quote 3: “Behind the deceptive words designed to entice people into supporting violence — words like democracy, freedom, self-defense, national security — there is the reality of enormous wealth in the hands of a few, while billions of people in the world are hungry, sick, homeless.” — Howard Zinn

It is not just patriotism, but it is the package of lies created surrounding the employment of state violence that must be dismantled, be it narratives of ‘democracy and freedom,’ or ‘law and order,’ or the like. Those producing these narratives who profit from widening inequality must be exposed that the general public not be swayed into supporting state violence.

Quote 4: “Dehumanization, although a concrete historical fact, is not a given destiny but the result of an unjust order that engenders violence in the oppressors, which in turn dehumanizes the oppressed.” — Paulo Freire

Dehumanization is a necessary process to uphold any war or measure of state violence directed on groups within a society. Whole communities must be labeled as terrorists, criminals, or anything of the sort so that the general public will accept that they become victims of state violence in any form. Often this is an active process we can view in real-time, however, such active dehumanization is generally rooted in the historic dehumanization of a said group. It is easy for the general public to swallow present narratives of dehumanization because they have internalized racist views of the target group of people, however subtle or overt they be. Dehumanization, patriotism, and in-group/out-group rhetoric all go hand in hand.

Quote 5: “Violence can only be concealed by a lie, and the lie can only be maintained by violence.” — Aleksandr Solzhenitsyn

Quote 6: “Power and violence are opposites; where the one rules absolutely, the other is absent. Violence appears where power is in jeopardy, but left to its own course it ends in power’s disappearance.” — Hannah Arendt

Here we see how the deliberate escalation of state violence is used as a desperate attempt to hold onto power. The violence itself is not only indicative of this loss of power and influence of any given leader, but it also contributes to the erosion of their power. Any initiative taken to expose this fact can serve as an accelerating factor to the loss of power of those employing state violence.

Quote 7: “There have been periods of history in which episodes of terrible violence occurred but for which the word violence was never used… Violence is shrouded in justifying myths that lend it moral legitimacy, and these myths for the most part kept people from recognizing the violence for what it was. The people who burned witches at the stake never for one moment thought of their act as violence; rather they though of it as an act of divinely mandated righteousness. The same can be said of most of the violence we humans have ever committed.” — Gil Bailie

Expose the myth of the legitimacy of state violence to help people recognize what state violence truly is, an attempt for an authoritarian leader to hold onto power and enrich himself in the process.

I hope these quotes helped you connect with some insights into the nature of state violence, and more importantly, that you are able to apply these in some way to disrupt the ability of leaders to use police and security forces to abuse local communities. Gaining knowledge is good. Practical action informed by it is better.

Find creative ways you can build peace and justice in the world around you. Download my free handout 198 Actions for Peace. 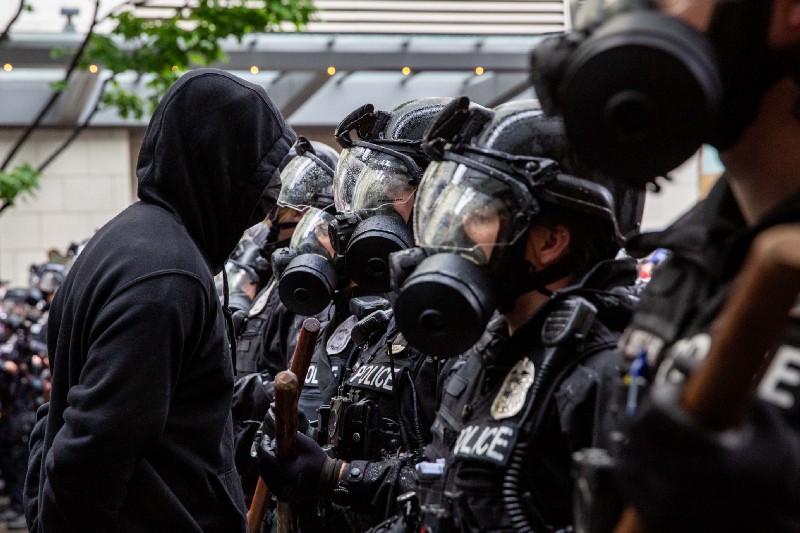 Why Your Local Police Department is Armed to the Teeth 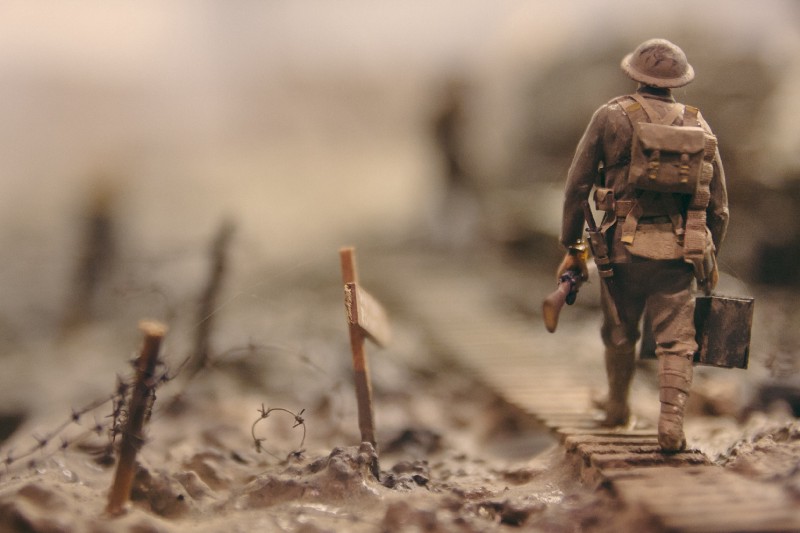 Lies Used to Justify War and How to Dismantle Them 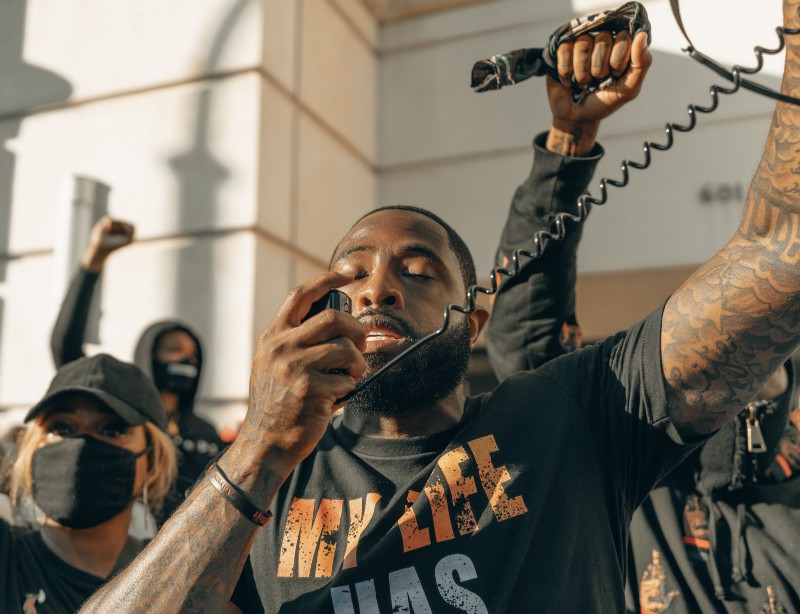